Vermont Arts Council grants are supported with federal, state, and/or private funds. There are slight differences, but most programs have the same legal requirements.

A contract must be signed by the applicant who has been recommended and approved to receive a grant prior to receipt of any funding.

Grantee shall comply with all federal, state, and local laws, ordinances, rules, regulations, and codes. This shall include, but not be limited to, the Native American Graves Protection and Repatriation Act of 1990, the National Historic Preservation Act of 1966 as amended, the Drug Free Workplace Act of 1988, and the National Environmental Policy Act of 1969 where applicable.

laws referenced in contracts (as above)

Age Discrimination in Employment Act of 1975

Title IX of the Education Amendments of 1972

The National Endowment for the Arts Office of Accessibility has some good resources as well:

Executive Order 12549, which requires certification from the grant applicant that neither it nor its principals are presently debarred, suspended, proposed for debarment, declared ineligible, or voluntarily excluded from participation in any federal program.

All events funded by Vermont Arts Council grants must be open to the general public. Grantees are responsible for making sure that all announcements, posters, performance programs, news releases, and other publicity for the project include the following statement: "This project (or the name of your project) is supported in part by the Vermont Arts Council and the National Endowment for the Arts."

Grantees agrees to credit additional funding sources if requested in writing by the Council. Council logos for use in publicity materials are below. 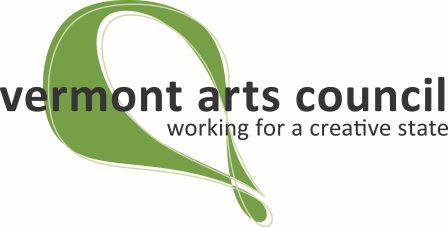