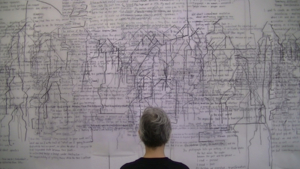 Data supports our stories. Research drawn from outside Vermont provides context from model programs; well-designed research conducted inside Vermont reveals information upon which understandings and strategy are built.

2019 Statewide research on Vermont's creative sector was launched in July 2019 and is expected to conclude in April 2020. The final product will be a comprehensive, research-based action plan for moving the state’s creative economy forward, with individualized regional data and action steps.

It builds on several years of research, partnership-building, and community inquiry, including national research and two regional studies—one of the creative economy of central Vermont (completed in 2016) and another of the Northeast Kingdom (released in January 2019).

2019 Building on a Legacy of Creativity: Understanding and Expanding the Creative Economy of the Northeast Kingdom, released in 2019, was commissioned by the Vermont Arts Council on behalf of the Vermont Creative Network. This report includes detailed research on the scope of the creative sector in the region, and detailed goals and recommendations for how to improve and expand it. The project was carried out by a team including Melissa Levy of Community Roots, Michael Kane, Stuart Rosenfeld, Stephen Michon of Futureworks, and Julia Dixon. The work was supported by grants from the U.S. Department of Agriculture and the Vermont Community Foundation and was informed by the participation of more than one hundred artists and community leaders. Executive Summary.

2019 Rural Prosperity Through the Arts and Creative Sector: A Rural Action Guide for Governors and States synthesizes a growing body of research showing how economic development based in the arts can help communities thrive. A collaborative initiative between the National Governors Association's Center for Best Practices, the National Endowment for the Arts, and the National Assembly of State Arts Agencies was a springboard for the guide.

2017 The AEP5 study conducted by Americans for the Arts calculated the economic impact of the nonprofit arts and culture industry in 341 communities and regions representing all 50 states and the District of Columbia. Four measures were considered: full-time equivalent jobs, household income, and local and state government revenue. Localized models allowed the uniqueness of each discrete economy to be reflected in the findings. Americans for the Arts partnered with 250 local, regional, and statewide organizations including the Vermont Arts Council to complete this customized analysis for the State of Vermont, further summarized here.

2017 In April 2017, the Network commissioned a researcher to find out how many town plans refer to creativity. Claire Wheeler looked for all 251 documents, then looked for four key words: arts, culture, creativity, and innovation. The Town Plans Study 2016 explores the many ways these words appear.

2016 The University of Vermont’s Center for Rural Studies conducts a statewide telephone survey every year. Hundreds of statistically representative households are contacted. “The Vermonter Poll” has been used by researchers, policy makers, social advocates, and citizens since 1990 to gauge opinions about contemporary issues. This year, three questions about the arts were included.

Vermonters were presented three statements and asked to note the extent of their agreement or involvement. In this instance, the arts were defined as performing arts, such as music, dance, and theater; galleries and museums; arts festivals; literary arts; or art classes.

The results are abundantly clear. Art matters to us in our public life, schools, and homes. Read the responses to each of the questions.

2014 Vermont is home to a vibrant Arts industry  that includes a diverse array of individual artists,performers, writers, nonprofit organizations, and businesses. Taken together, the Arts in Vermont is big business, employs a significant number of  Vermonters,  and  generates  a  considerable amount of  tax revenue.

Results  of  an  economic  impact  analysis conducted on behalf of Main Street Landing in 2010, using 2009 data, estimated that Vermont’s creative industry generated over $443  million  in  total  output  (sales),  6,361  jobs, and  nearly  $200  million  in  compensation  (including benefits), while contributing over $19 million in taxes to the state and local governments. At the request of the Vermont Arts Council, the  Center for Policy Analysis conducted an  update of the 2010 report using  a  similar  methodology.

The Economic Footprint of the Arts in Vermont, updated July, 2014

The Economic Footprint of the Arts in Vermont, November, 2010

2009 Creative economies are a powerful engine of growth and community vitality. Together, artists, cultural nonprofits, and creative businesses produce and distribute cultural goods and services that generate jobs, revenue, and quality of life. A thriving cultural sector leads to thriving communities. I

The Vermont Council on Rural Development operated the Creative Communities Project from 2004-2009. During that time, twelve communities explored the role of arts and culture as proactive tools for community development. Read about these explorations and see other reports on statewide initiatives here.