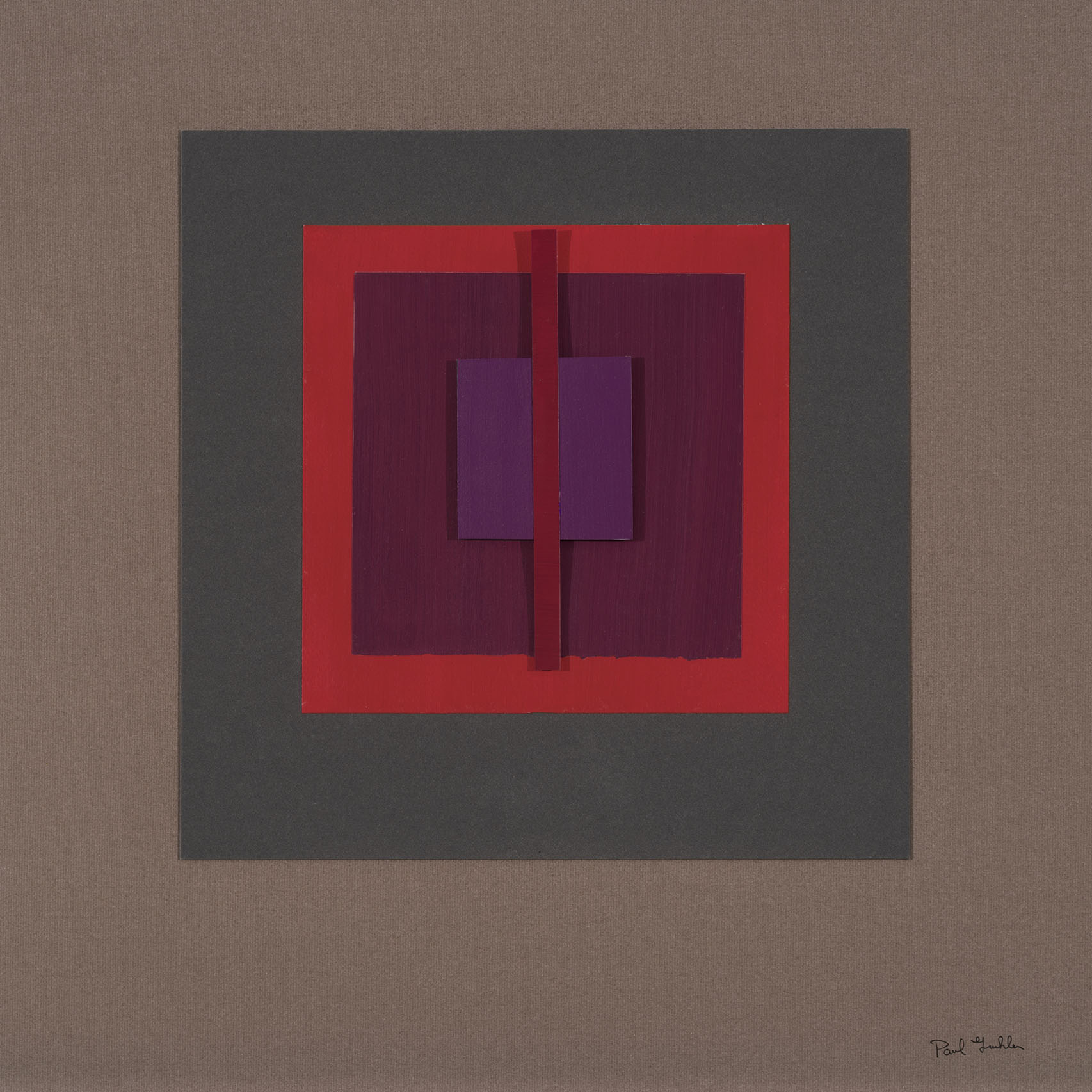 Harmonics: 60 Years of Life in Art

This exhibit has been postponed to 2022 due to Covid-19. Details forthcoming.

A retrospective exhibit of selected work by Craftsbury painter Paul Gruhler, part of a touring exhibit also at Highland Center for the Arts (July 16 - Aug. 29), the Vermont Supreme Court Gallery, and the Central Vermont Medical Center gallery. The Spotlight Gallery will present selections from Gruhler's works on paper.

Post World War II, American artists were experimenting with two veins of abstraction – Abstract Expressionism and Geometric Abstraction. Abstract Expressionism burst onto the scene in the late 1940’s with daring emotionalism, impulsiveness and a signature gestural brushwork. Jackson Pollock (American 1912-1952), Clyfford Still (American, 1904-1980) and Mark Rothko (Lithuanian-American, 1903-1970) created work expressing internal, often existential, perspectives in monumental scale, demonstrating new applications of paint and new technique. A decade later, and in reaction to the Abstract Expressionists, the more distilled, calculated style of Geometric Abstraction, emerged on the art scene. They delivered the antithesis of the action painters’ spontaneous brush strokes. Geometric abstractionists of the mid-twentieth century used a more minimalist, controlled, hard-edge style to unify, simplify and celebrate the basic visual elements of form, line, texture, color, scale and structure. For many geometric abstractionists, such as Agnes Martin (American, 1912-2004), Ellsworth Kelley (American, 1925-2015), and Ad Reinhardt (American, 1913-1967) a final work of art represented a visual sensation, a feeling or idea, divorced from literal representation. Frank Stella (American, b.1936) famously summarized this style: “What you see is what you see.”

Paul Gruhler is a dedicated Geometric Abstractionist. Over 60 years, Gruhler produced an impressive series of paintings, drawings and paper collage demonstrating the hard edged, calculated, flat geometry of this style. Because Gruhler doesn’t work with variations on a theme, but creates each piece individually, the process itself is a dynamic conversation with the materials: working within the self-imposed framework of color and line is integral in his artistic drive to make order and harmony of all that is inchoate. He paints that visual sensation, a feeling or idea, divorced from literal representation.

“I hope my works induce a meditative sensibility for those who encounter them—a state of reflectiveness.”
—Paul Gruhler

Born in 1941 in Brooklyn, New York, Paul Gruhler grew up in neighboring Queens. A self-taught artist, he opened his first studio in Manhattan in 1962 at the age of 21 and entered the city’s competitive art world.

Gruhler was fortunate early on in his relationships with prominent older artists who became mentors and friends, most notably the celebrated sculptor, Michael Lekakis, who had exhibitions at the Guggenheim, the Whitney, and the Museum of Modern Art. Lekakis took the young Gruhler under his wing, helping to navigate him through New York’s avant-garde art scene and introducing him to renowned artists, among them, Alexander Calder, Isamu Noguchi, Louise Nevelson, and Barnett Newman. Meanwhile, Gruhler’s own work was exhibitied in galleries and museums in the U.S., Mexico City, Finland, Germany, The Netherlands, and Sweden.

Paul Gruhler moved to Vermont in 1993, and now lives in Craftsbury, in the state’s Northeast Kingdom. He continues to work in his studio, overlooking Vermont’s Green Mountains, daily. Gruhler’s paintings are held in numerous national and international public and private permanent collections.