The Stories We Tell Ourselves

The Stories We Tell Ourselves

Combining state-of-the-art technology with traditional materials and techniques, creative team Eve and Stephen Schaub tell collaborative, interdisciplinary stories of the land. Their process begins with in-camera collage on film and ends with handwriting in carbon pigment, often using methods that date back as far as 5,000 years.

"I like to think of the image as a silent movie- it's beautiful in it's own right, but then by writing on the surface I can create the soundtrack." Eve says.

"It is a very fluid process in which, from beginning to end we're engaging each with the other every step of the way, talking about the work, bouncing ideas off one another, refining the final piece." explains Steve. "We trust each other implicitly. I think we kind of have to."

All the works in this exhibition feature Vermont places and many incorporate fictional "micro-stories" written in response to the imagery. Others are nonfictional works and include text drawn from documents related to the location pictured, such as letters, newspaper articles, diaries, poems, and speeches.

"My dear Grace," to be featured in the exhibit, is about Calvin Coolidge and his letters to his future wife and first lady, Grace Goodhue. 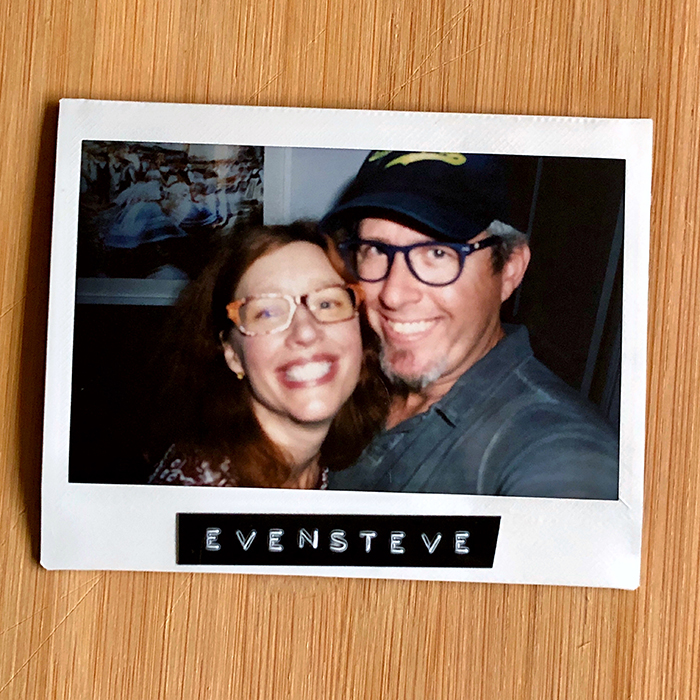 EveNSteve is the creative team of author Eve O. Schaub and artist Stephen Schaub. We met in the Rochester Institute of Technology's photography program in 1995, and we’ve worked side by side ever since, each creating our separate projects but always in consultation with each other. Now we are working together so, you know, look out.

Steve likes martinis, coffee, and driving around aimlessly. (Favorite bumper sticker: Not All Who Wander Are Lost.)

Eve likes bad poetry, frilly drinks, and reading every single wall card in the museum. Because more information is better.

EveNSteve is a recipient of grants from the Vermont Arts Council and the Vermont Community Foundation. 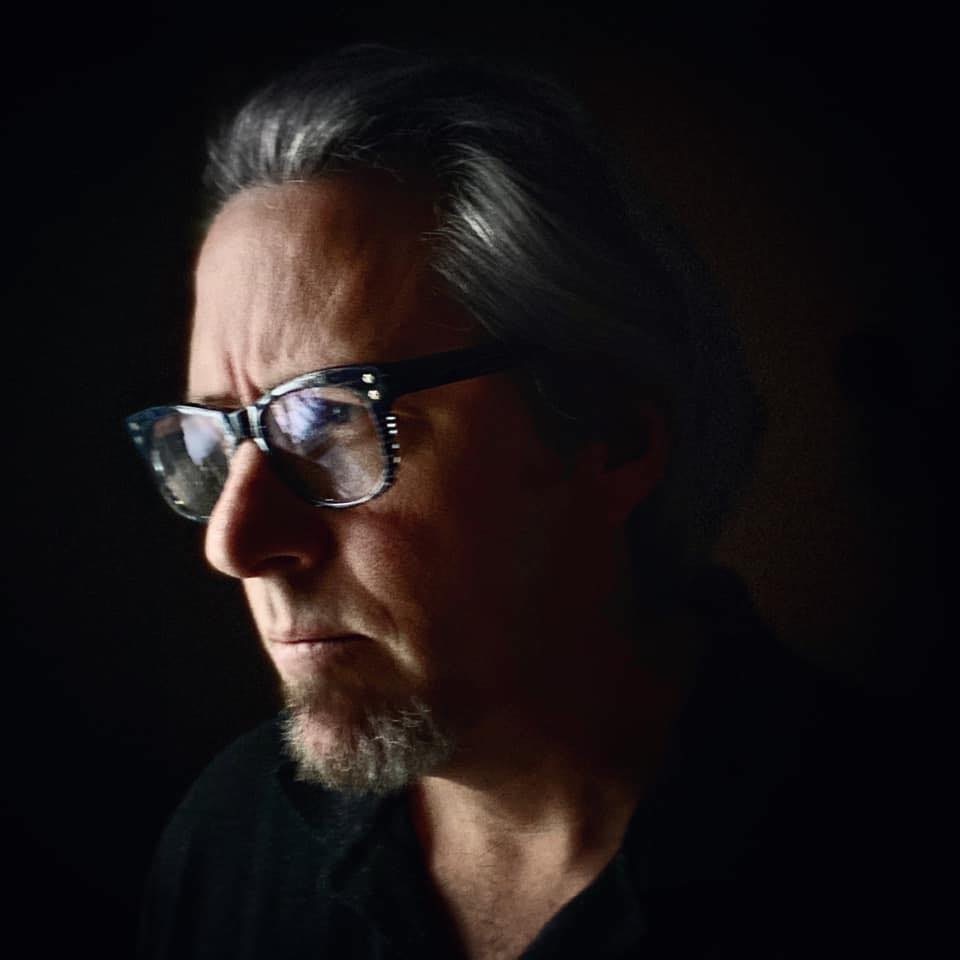 Artist Stephen M. Schaub's works have been described as "art dreaming about itself."

In them, rather than experiencing a literal place or a linear story, we encounter something akin to the fragmentation of an emotional memory- or the illogic of a dream. Depicting scenes of unresolved narrative, these images seem to have been subjected to the vagaries of perception and the passage of time.

Schaub has long been an innovator whose works defy classification. His works feature rare and handmade papers from around the world, including historic Amate from central Mexico, rare Japanese Gampi and panels of maple and cherry. In his Vermont studio he combines monumentality of scale with the presentation of works on paper, to create each singular, unique work of art.

Curator and art critic Ric Kasini Kadour writes, "Great artists are great artists because they tackle impossible problems. Schaub has spent the last decade refining and improving his solution to the question of how to convey time--a phenomenon in constant motion--in a two-dimensional print. His works are grand and epic, rich with detail that encourages the viewer to pause and look slowly and consider the past and what it means to the present. "

Stephen Schaub is a Marine Corps Veteran who served in Operation Desert Shield/ Desert Storm and a recipient of the Navy Achievement Medal. After receiving his BFA from the Rochester Institute of Technology, he founded FigitalRevolution.com, a groundbreaking website that between 2005 and 2020 has advocated for the use of film as well as the merging of digital and traditional photographic techniques. He has curated shows focusing on contemporary photographic practice, published two collections of his work (Through A Glass Darkly, 1999, and A Sense of Place, 2004) and is well respected in the industry as a leader in the field of innovative printing techniques. His work has been exhibited in Asia and Europe as well as throughout the United States and yet his wife still can't get him to like roasted beets.

Currently Schaub is at work on a thirty-year retrospective of his work to be published by The Artist Book Foundation in the fall of 2021. He is the first Vermont artist to be so honored. 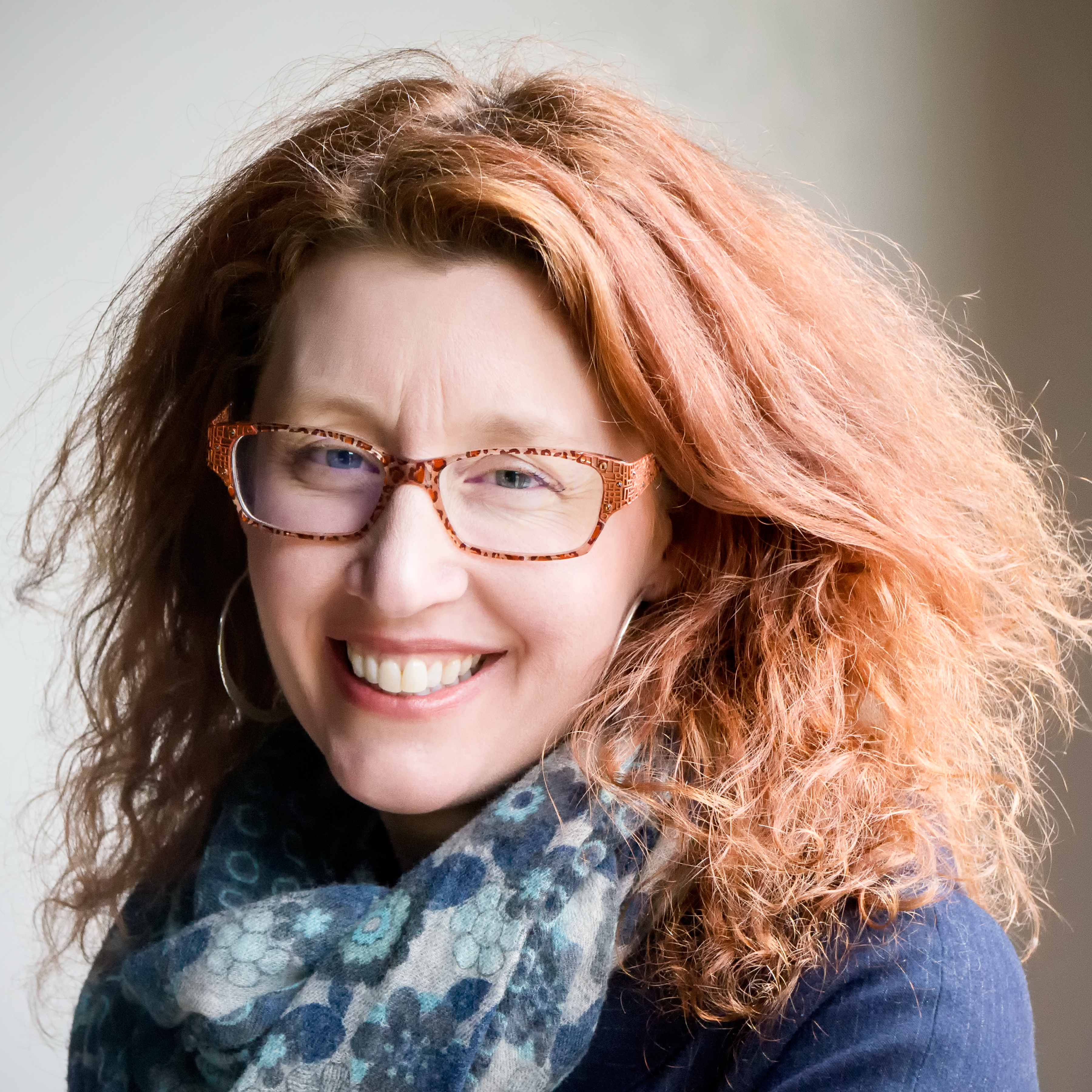 Serial memoirist Eve O. Schaub lives with her family in Vermont and enjoys performing experiments on them so she can write about it.

During 2011 Eve wrote a blog about her family’s attempt to live and eat for a year without any added sugar in their food, which became the book Year of No Sugar (Sourcebooks, 2014). It has since been translated into Chinese, Hebrew and Spanish. She has been a guest on the Dr. Oz Show, and FOX and Friends, and has appeared in numerous print and online outlets. She considers not hyperventilating on national television one of her greatest accomplishments.

Her second book, Year of No Clutter, (Sourcebooks, 2017) revealed her deepest, darkest secret: clutter. In it, she struggles to transform herself from a self-described “clutter-gatherer” into a neat, organized person who can actually walk through every room of her house and does not feel the need to keep everything from childhood raincoats to cat fur.

Currently she is blogging about subjecting her family to the third and final family project: Year of No Garbage. She is only three months in at this point, so if you know how to recycle the plastic that comes on cheese she would very, very much like to hear about it. Follow her adventures at eve@schaub.com and eveoschaub on Instagram.

In addition to her books, Eve has written for VTDigger, Vermont Life, Vermont Magazine, Everyday Health, and the Boston Globe Online. Also The New Yorker printed her letter once, so that was pretty cool. She holds a BA and BFA from Cornell University, and a MFA from the Rochester Institute of Technology.

Rutland: Real and Imagined. 38" x 240". In camera collage on film with handwritten text. Pigment on Japanese Harukishi. Unique one of one.