Home > About > Past Projects 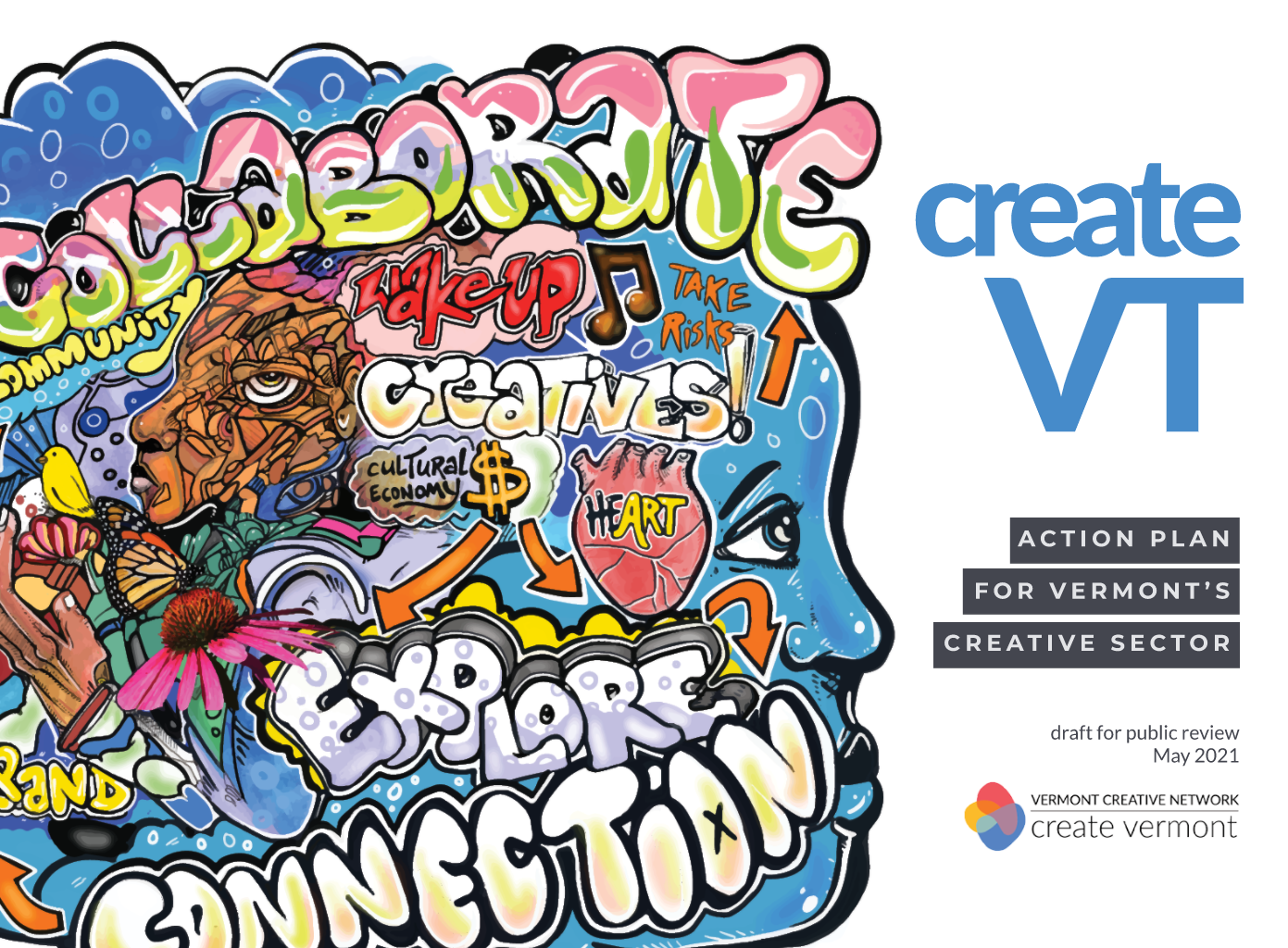 Launched in May 2021 after three years of planning and collaboration, the Vermont Creative Network's CreateVT Action Plan presents a comprehensive vision for the future of Vermont's creative sector. CreateVT incorporates the perspectives of thousands of Vermonters, from working artists and creative professionals to lawmakers and community organizers. The plan's goals and strategies provide a framework for specific actions that can be taken at the local and state level in the short- and long-term. Learn more about the CreateVT Action Plan. 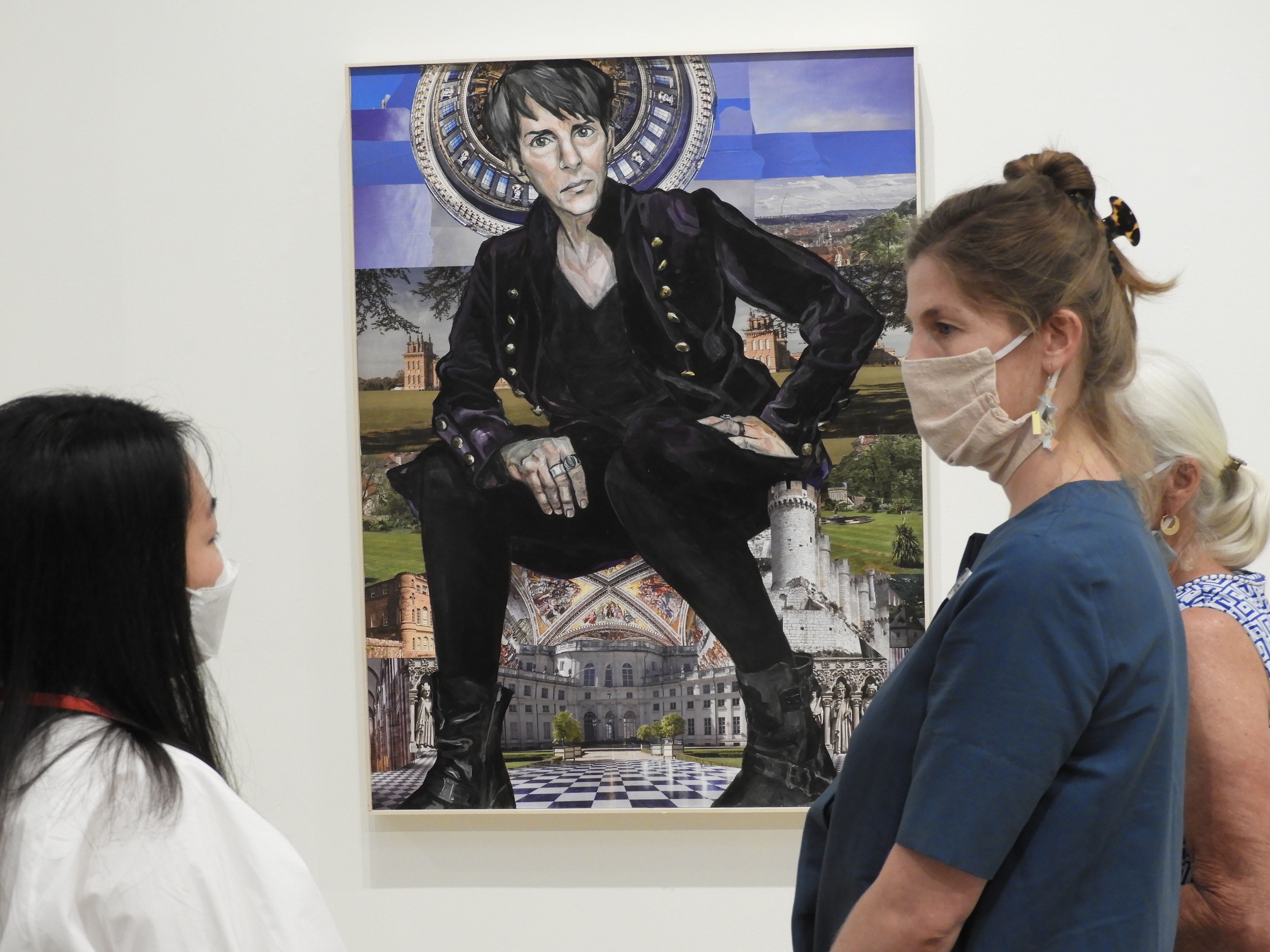 When the Covid-19 pandemic brought the world to a halt in early 2020, the Council set to work helping Vermont artists and arts organizations keep going. We created emergency grant programs, formed new partnerships, and advocated to distribute relief and resources. To learn more about our efforts, visit our Covid-19 resource center. 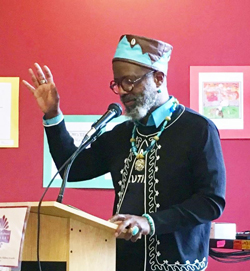 I am a Vermont Artist

In 2019 the Council launched the I am a Vermont Artist interview series, which explores how artists' creative expressions reflect their experiences of ethnicity, gender identity, religion, disability, or age. Covering all artistic disciplines, and a range of backgrounds—from New Americans to the state's first residents—the series aims to amplify voices that deepen our understanding of what it means to be a Vermont artist. The series continues to grow, and to date the featured artists have also displayed their works in two Spotlight Gallery exhibits. Explore the I am a Vermont Artist series. 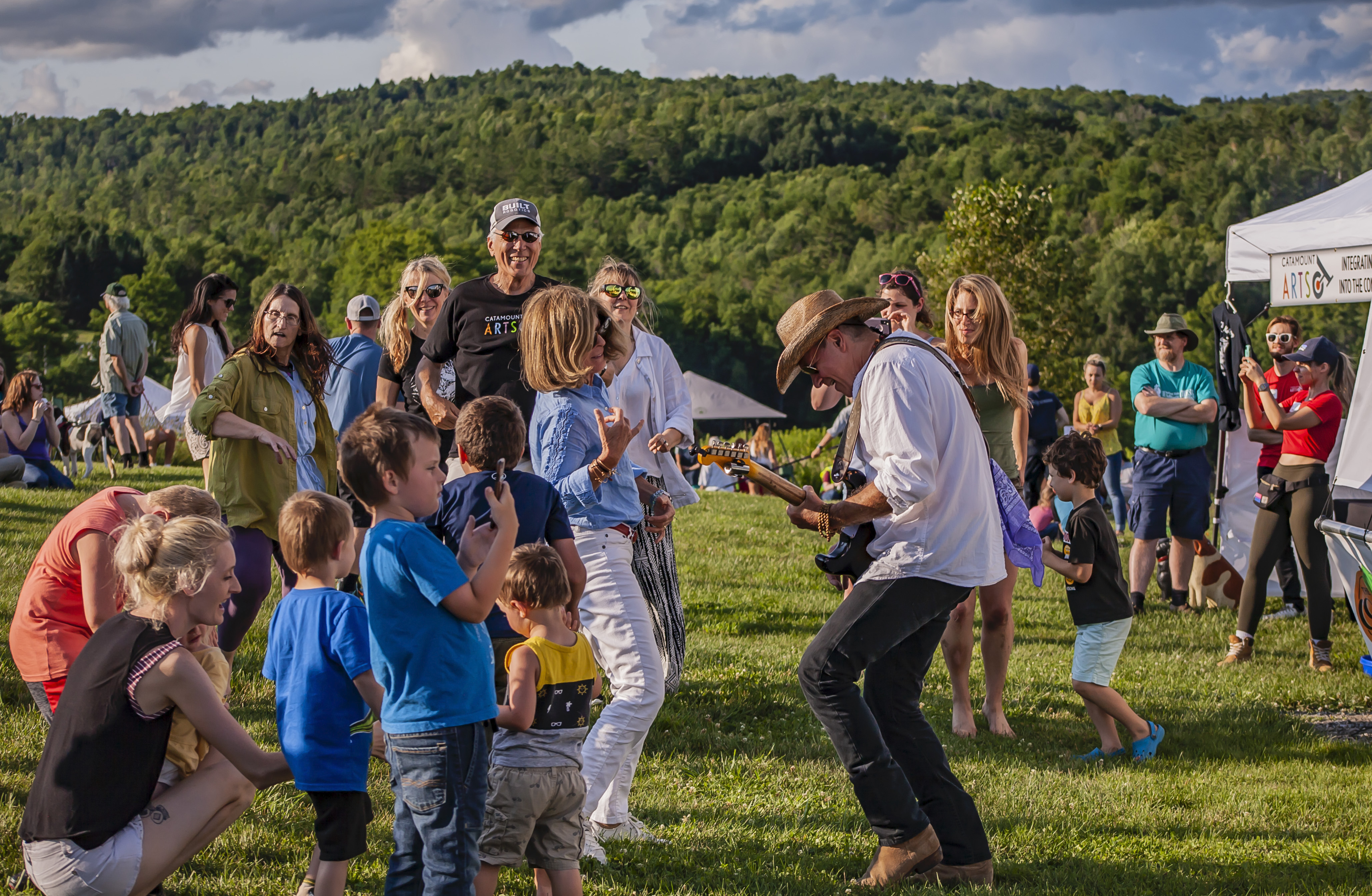 As an initiative of the Vermont Creative Network, and with grant support from the U.S. Department of Agriculture and the Vermont Community Foundation, the Council commissioned a study of the Northeast Kingdom's creative economy. The resulting report, Building on a Legacy of Creativity: Understanding and Expanding the Creative Economy of the Northeast Kingdom, includes detailed research on the scope of the creative sector in the region, and detailed goals and recommendations for how to improve and expand it. This study formed the basis of a the Vermont Creative Network's next initiative, a statewide action plan for Vermont's creative sector. 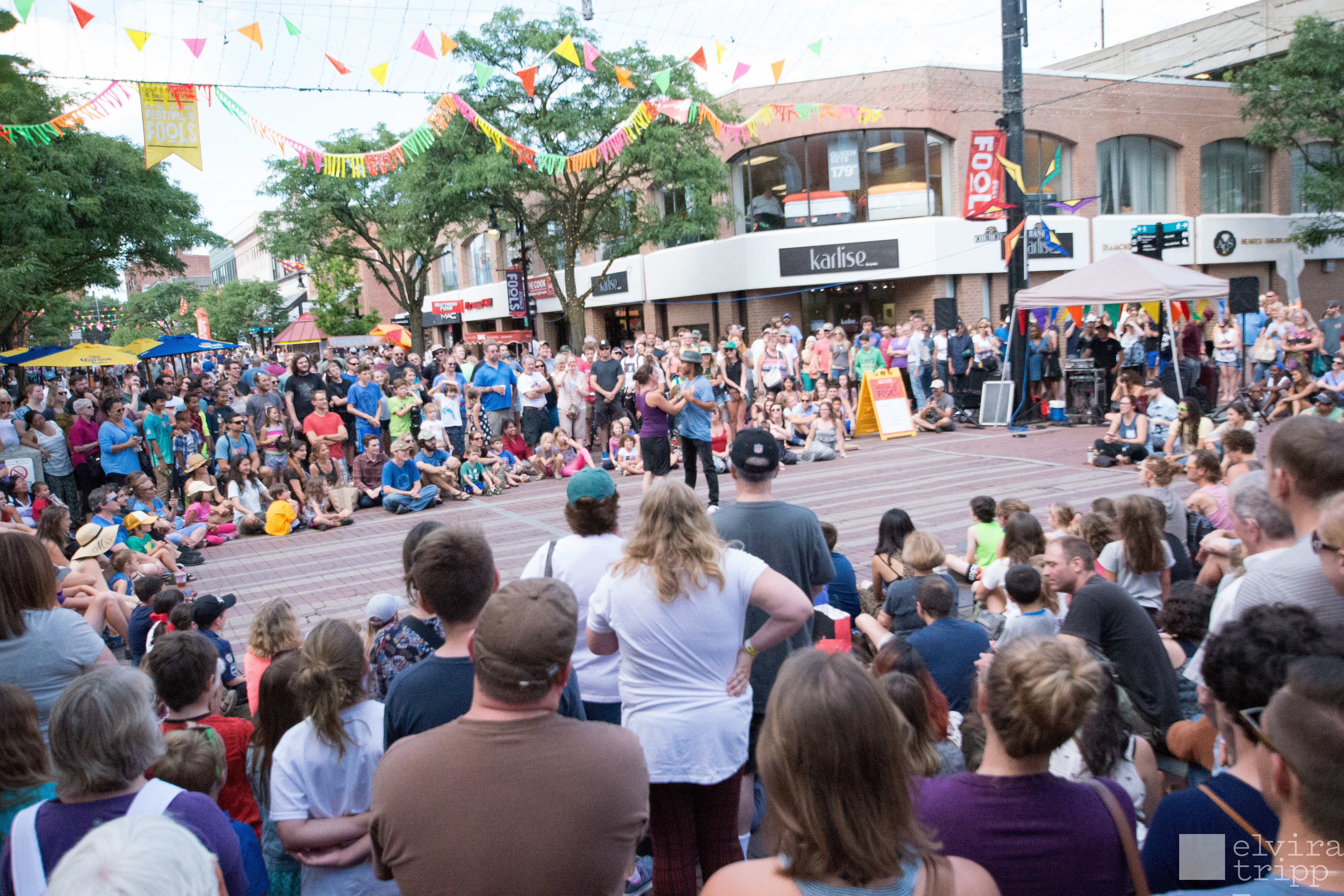 The Council partnered with Americans for the Arts in their fifth study of the economic impact of the nonprofit arts and culture industry in the U.S. The resulting AEP5 report provided valuable evidence of the importance of the creative sector to Vermont's growth and vitality. Read the study's customized analysis for the State of Vermont, further summarized here. 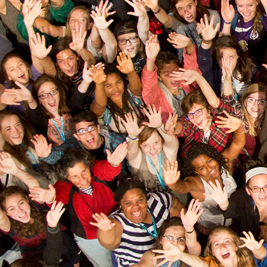 The University of Vermont’s Center for Rural Studies' 2016 Vermonter Poll included three questions about the arts, providing important data about Vermonters' involvement in the arts for the Vermont Creative Network's research initiatives. Read about the poll results. 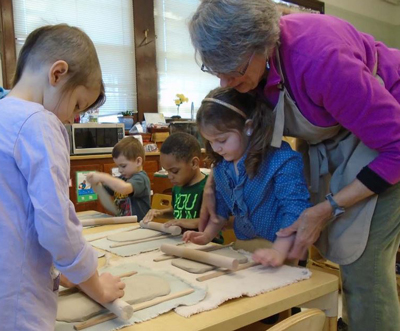 To mark the occasion of 50 years of public support for the arts, 2015 was officially designated the Year of the Arts. The Council launched three initiatives.

The Council made a three-year commitment to increased grant funding for arts-integrated learning. This decision was informed by an existing Arts Education Plan.

The Vermont Creative Network was formed. This broad collective of organizations, businesses, and individuals will advance Vermont’s creative sector and become a strong voice in Vermont’s development.

The Council further developed its online presence, marketing programs, and other communications tools. Strategic collaborations were strengthened. Art is becoming a recognized element of Vermont's identity. 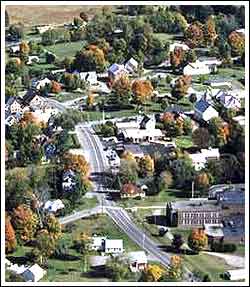 It was significant as a model of successful inter-agency partnership driven by an awareness of the importance of Context-Sensitive Design. With broad public, private, and multi-agency support, the Danville Project provides a model to help small communities deal with quality of life issues as they relate to the demands of infrastructure. 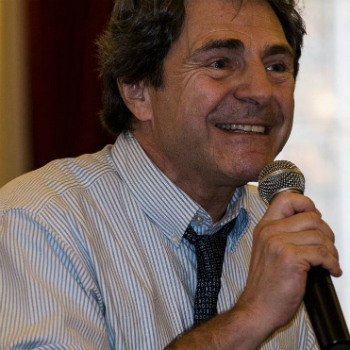 Artists, arts administrators, teaching artists, arts enthusiasts, and digital arts technologists from all over Vermont were convened by the Vermont Arts Council and the Office of Creative Economy for a one-day event for the arts held at the State House. It had been 15 years since the last such gathering. Keynote speaker Eric Booth started the day with a talk inspiring all to explore the Summit’s theme: Connect Animate Lead.

Animating Infrastructure; The Art of Great Digital Games; Copyright Basics in the Digital Age; Defining Arts Integration: Lessons from the Integrated Arts Academy; The Future of the Arts – Young Leaders Speak Out; Getting the Gig; Getting to Market, How to Connect, Animate, and Lead in Times of Change; Making Your Data Come Alive; STEM, STEAM and Makers; Tax Reform and the Arts: What's ahead for the next legislative season; and Teaching Artists in Vermont: A Survey of the Field 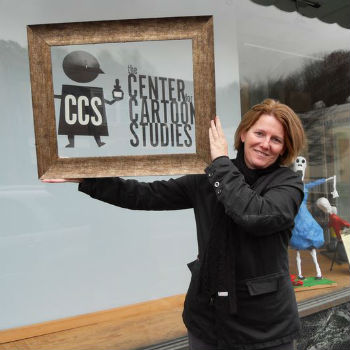 Art Supports Me was a public awareness campaign launched by the Vermont Arts Council in the fall of 2010. In addition to collecting stories and testimonials on line and in person, project participants and artists were interviewed at local cultural events. The stories were shared through radio, television, web and print promotions to demonstrate how important the arts are to Vermont's economy, communities and voters. 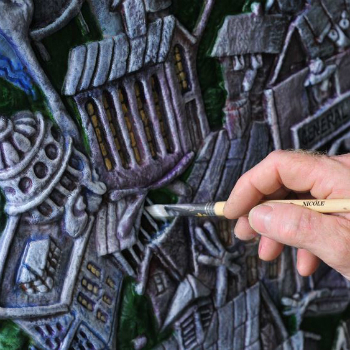 With an interest in moving beyond collecting artwork celebrating Vermont’s iconic past, philanthropists Lyman Orton and Janice Izzi asked the Council to help commission ten visual artists to create suites of artwork addressing issues considered  essential to Vermont’s future. Informed by research conducted by the Vermont Council on Rural Development’s Council on the Future of Vermont, the artists created work that addressed Vermont’s social, cultural and political landscape.

Three hundred artists from 26 states and three foreign countries applied to be a part of the project. A review committee selected 20 finalists. Those finalists presented proposals four months later. After awarding 10 commissions in 2008, the artwork was delivered in August 2009, toured throughout Vermont and to Washington DC through June, 2010, and auctioned in July, 2010

The artists and their art 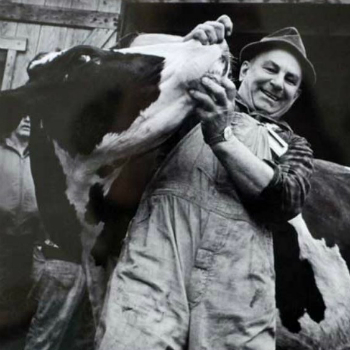 In celebration of the 20th anniversary of the Art in State Buildings program, the Vermont Arts Council and the Vermont Department of Buildings and General Services created a traveling exhibit featuring approximately 50 of the 1,000 pieces in the Vermont State Art Collection. The exhibit included works of art that are rarely seen by the general public and the people who own them--the citizens of Vermont.

The traveling exhibit varied from venue to venue, reflecting the particular aesthetic, historic or regional focus of the sponsoring institutions. Between May of 2008 and February of 2010 the exhibit toured to nine locations around Vermont: 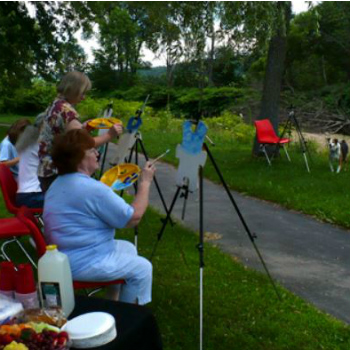 This second statewide community arts project was modeled on the Council’s wildly successful “Palettes of Vermont,” and had very similar goals. The Council distributed wood and paper puzzle pieces and encouraged any and all Vermonters to create, showcase and celebrate art.

The artists and their art 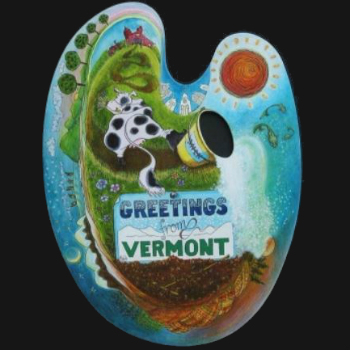 Renowned artist Warren Kimble first proposed the Arts Council sponsor a statewide arts project in the summer of 2005. His words were, “Let’s give everyone in Vermont an artist palette and tell them to have fun with it.” The original goals were to engage at least five communities, at least two hundred Vermonters, and to generate a sense of joy through a shared creative project among participating communities and individuals.  In retrospect, these goals were so modest as to be almost laughable. By the end of 2006: 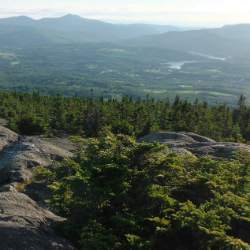 In 1998, it was resolved by the Vermont Senate and House of Representatives  that a volunteer committee consisting of three persons appointed by the board of the Vermont Arts Council would solicit and review musical candidates to be designated as the official Vermont State Song. The intention was to replace "Hail, Vermont" with a more singable melody.

—An Act Designating the Vermont State Song (H.598)—was enacted by the General Assembly of the State of Vermont on May 5, 2000.

In 1998, the General Assembly adopted Joint House Resolution 102, directing the Vermont Arts Council to appoint a three-member panel to recommend a new state song to the General Assembly. The specially-appointed panel, pursuant to the resolution, conducted the selection process in a fair and impartial manner. A total of 107 entries was received. After a careful review, eight songs were selected as finalists, aired on the state’s public radio and television networks, and posted on the Vermont Arts Council’s World Wide Web site. All Vermonters were invited to participate in the review of the final eight selections. As a result of this public process, the winning song was “These Green Mountains,” composed by Diane Martin and arranged by Rita Buglass Gluck.  The public and representatives of for profit and not-for-profit organizations may perform or invite the performance of the song for any reason without compensation to or permission from the composer. 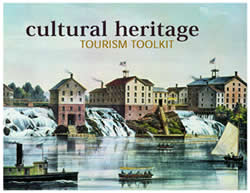 In the spring of 1995, the Vermont Department of Tourism and Marketing recognized the need for a heritage tourism task force. More than 60 Vermonters having specific knowledge and interest in this field were contacted. From that number, a core group of 20+ regulars met over the course of the next several months to define cultural heritage resources in Vermont, to develop links among those resources, and to propose strategies for marketing them.

In 1997 and 1998, the Vermont Arts Council took a leadership role in implementing the findings of the Cultural Heritage Tourism Task Force by conducting statewide workshops on the subject, and by providing seed grants for cultural heritage tourism projects. The following year, the Vermont Arts Council joined forces with the Vermont Department of Tourism and Marketing to establish a sustained approach to coordinating Cultural Heritage Tourism activities. This toolkit is the direct result of these efforts, and was written to assist interested parties in making cultural heritage tourism decisions within their communities. The text addresses issues and concerns often encountered when contemplating such choices, and offers suggestions on how to deal with them. Although some of the specific information and website references are outdated, the basic instructions are as relevant today as they were in 1998.