Home > About > Energizing the Creative Economy 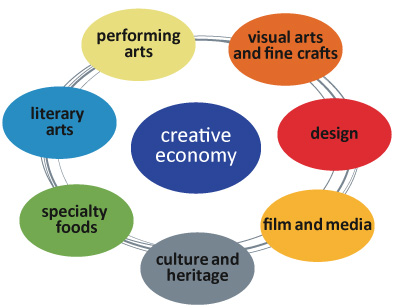 You probably know a poet, an artisan cheesemaker, a music teacher, or a graphic designer. Maybe you are one. There is growing awareness worldwide of the power and potential of jobs like these, collectively known as the creative economy. In 2016, it represented 8.6% of Vermont’s total economy and included a diverse range of businesses, organizations, and individuals.

The Vermont Creative Network, launched by the Vermont Arts Council in 2015, is a broad collective of organizations and individuals working to promote and advance this important sector, thus advancing the state’s positive quality of life and economy.

In 2020, the Vermont Creative Network completed an ambitious statewide study to document the scope and economic impact of the creative sector. Building on the research findings, the Vermont Creative Network launched CreateVT—a vision and action planning process. The final plan incorporates the ideas of thousands of people and serves as a roadmap for growing a robust, inclusive, and resilient creative sector.